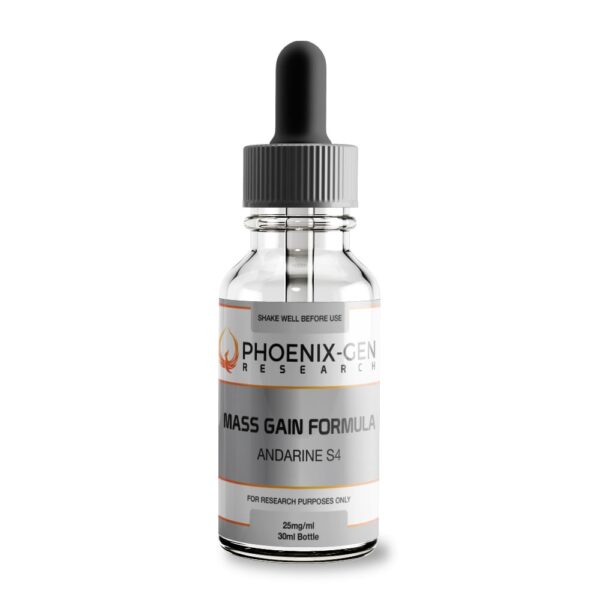 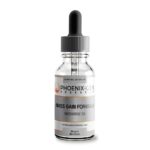 ANDARINE S4 is also known as the Mass Gain Formula. ANDARINE S4 GTX-007 is a compound used to treat all subjects of osteoporosis, muscle wasting, and benign prostatic, including the changes in mass muscles and their performances. It plays an essential role in enhancing the muscles’ tone by making the look of muscles more sharpened. It is performed by getting the skin dry and increasing the natural protein levels in the muscles. It makes the veins look more visual and of the proper structure by positive regeneration around the joints.

This compound was originally envisioned as a nonsteroidal antiandrogen using bicalutamide as the lead compound, and the S4 also performs as the agonist of antiandrogenic receptors. Compared to other selective androgen receptor modulators, it has fewer anabolic effects. However, it is one of the most androgenic and binds to the androgen receptor with a third of the affinity of testosterone.

The link between S-4 and weight loss is due to the binding of S-4 to androgen receptors, which allows fat to be oxidized more readily, and there is also evidence that S-4 displays nutrients. It helps in enhancing nutrient partitioning. A greater share of calories can go to muscle repair and growth.

Animal studies have shown that andarine reduces prostate weight without causing any side effects that could be deemed antiandrogenic. The partial agonist effect at androgen receptors seems to prevent the side effects normally associated with antiandrogenic drugs by blocking the binding of dihydrotestosterone to its receptor targets in the prostate gland.

An oral dose of the compound will lower estrogen in a subject over four weeks due to its mild anti-estrogen properties.

SIDE EFFECTS OF ANDARINE S4

A metabolite of S-4 called M1 has caused some effects, such as temporary vision loss when used for prolonged periods and binds to the ocular receptor. These effects have halted the study of S-4. The compound has no lasting side effects in the inadequate duration.

To give subjects a tough and lean appearance, S-4 is a great choice. All SARMS products contribute to an improvement in strength and performance, but this SARM product has the most noticeable impact on skin and muscle tissue appearance.

Andarine s4 is a SARM developed to treat muscle atrophy and osteoporosis. It has depicted promise in animal studies, where it increased bone density and muscle mass. However, it was dropped in early human clinical cases due to severe safety concerns. People who yet use it illegally tend to be oblivious of the dangers played down in bodybuilding articles. Read further learn more about this drug and its side effects.

Andarine, also known as S4 SARM, S40503, Andarine s4, or 8, is a SARM developed to treat osteoporosis and muscle atrophy. S4 SARMs (Selective Androgen Receptor Modulators) are drugs that bind to the androgen receptor (RA), which is the leading site of action of the hormone testosterone. Initially, Andarine s4 was the ideal SARM due to its high oral bioavailability and substantial effects on muscle and bone-building (studied in animals).

Phase 1 human studies with this drug have reportedly been successful, but no studies have been published. However, the development of the drug has been abandoned in favour of Ostarin, another SARMs with a similar structure also called S22. It was probably due to the low safety profile of Andarine. It has caused vision-related side effects, which add to the long list of reasons against taking this drug.

Since 2008, SARMs have been considered doping, and these drugs are on the World Anti-Doping Agency (WADA) banned list. The usage of Andarine in competitive and professional sports is therefore illegal.

Andarine s4 has a high affinity for the androgen receptor (AR) and thus mimics the effects of testosterone. However, its products are much more robust in muscles and bones than in reproductive organs. That’s is why Andarine and other SARMs are believed to cause fewer side effects than anabolic steroids.

Bodybuilders tend to take this un-approved theory as “proof” that they won’t face severe testosterone suppression and increased estrogen if they take SARMs. However, this is far from true.

The “SARM selectivity theory” may be completely wrong. It has never been proved, and SARMs like Andarine s4 and Ostarine have never passed adequate clinical trials. SARMs could prove to be much more dangerous than previously thought.

This portion of the article focuses on the clinical and scientific research that has been conducted so far on mandarine. Andarine s4 has never been sufficiently studied in humans. It is reviewed explicitly on rats for experimental purposes.  Based on existing data, its effects are unknown, and its potential to harm is high.

Andarine s4 increases mineral density and bone strength in neutered male and female rats with ovaries removed (a commonly used animal model (osteoporosis). Andarine s4 can be particularly useful in osteoporosis because, in addition to improving bone density, it improves muscle strength, which can help reduce the risk of falls and fractures.

This drug was developed to prevent muscle atrophy, and animal studies show that Andarine improves animal muscle growth and strength. When given to rats spayed for four weeks, Andarine s4 increased muscle weight as much as DHT (dihydrotestosterone).

In addition, unlike DHT, Andarine s4 did not cause an enlarged prostate, which is a problem when taking steroids. Twelve weeks after castration, Andarine successfully restored lean body mass (muscle) in rats..