CJC-1295 is a synthetic GHRH analogue made up of 30 amino acids. It has been found to be highly effective with regards to the increase of growth hormone secretion and IGF-1 without negatively affecting the plasticity of GH secretion.CJC-1295 is a peptide hormone that acts similar to growth hormone releasing hormones (GHRH). CJC-1295 increases the production of growth hormone as well as IGF-1 – which has anabolic effects in adults. 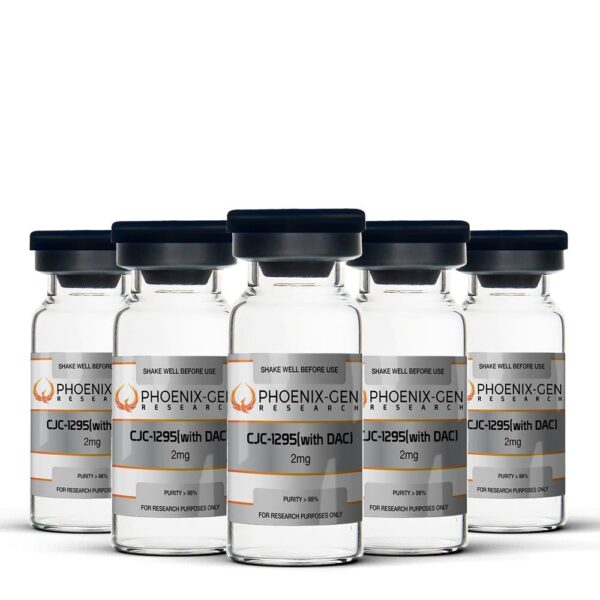 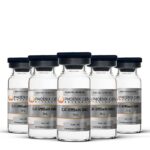 CJC1295 is an injectable peptide used to increase the production of GH. This peptide is a growth hormone mimetic or analog releasing growth hormone (GHRH). That is, it works in the same way as GHRH and can be called GHRH. The primary use of CJC1295 is to increase GH levels, which also leads to increased IGF1 levels. Improving these levels can aid in fat loss, and in some cases, may even help in muscle gain.

This peptide has been further personalized by substituting four amino acids to increase its stability and is more robust than the previous CJC1295 without DAC. This research on the different amino acids suggested increasing the affinity binding with the GHRH receptor to increase efficiency.

Research has suggested that GHRH is essential for the secretion of hormonal agents for natural development and is also necessary to achieve ideal natural growth during advancement.

Research shows that CJC1295 with DAC in studies has increased protein synthesis and the growth of lean muscle tissue.

Growth-boosting research houses CJC1295 DAC have suggested that they may also stimulate cell development and even division to improve skin health, recovery, and even the body’s immune system function.

Since peptides stimulate your body to secrete its hormones (not direct synthetic hormones), the body has a complex negative feedback system to ensure no toxicity is involved. Usually, the only side effects reported are local irritation at the injection site, which people experiences. It may be a slight tingling sensation with reported itching or bruising.