GHRP-2 (Pralmorelin) is a short hexapeptide that stimulates growth hormone release in healthy adult subjects. Made up of only 6 amino acids GHRP-2 makes it easier for subjects to build muscle mass and lose fatty deposits. It is a synthetic agonist of ghrelin, the newly-discovered gut peptide that binds to the growth hormone secretagogue receptor. Ghrelin has been shown to have two major effects, stimulating both growth hormone secretion and appetite/meal initiation. 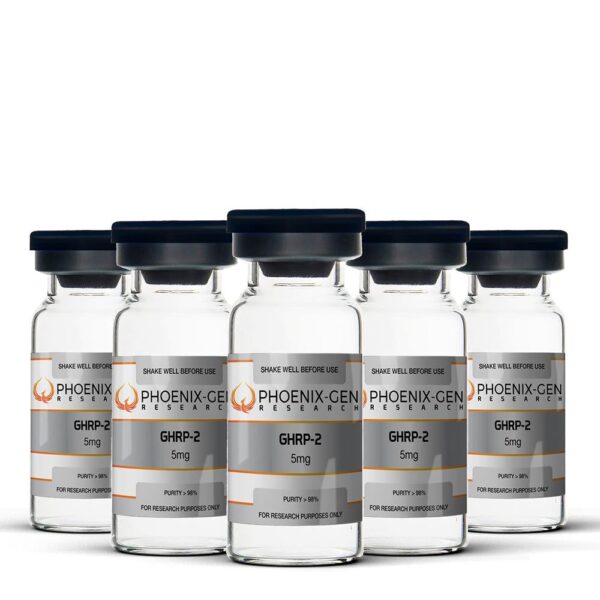 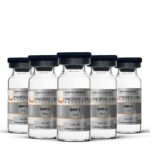 GHRP2 (also known as KP 102) is a synthetic hexapeptide-releasing growth hormone peptide (GHRP), which acts on the hypothalamus and pituitary gland to release growth hormone with a mild stimulating effect on levels of prolactin, ACTH, and cortisol. GHRP2 is considered a true HGH secretagogue, which means that it stimulates the secretion of HGH by the body. In studies, human growth hormone has been shown to promote lean mass and reduce adiposity (fat). GHRP2 is very effective in stimulating the production of GH in research test subjects. It has a short half-life with peak concentrations occurring approximately 15 minutes and no more than 60 minutes after administration.

Growth Hormone Releasing Peptide2 (GHRP 2), usually called pralmorelin, consists of six amino acids that stimulate the secretion of endogenous GH. It enables the pituitary gland to increase GH secretion 715-fold. Like GHRP 6, it acts as a synthetic analogue of ghrelin, which stimulates the release of endogenous growth hormone in the anterior pituitary somatotrophs. Please note that GHRP2 are growth hormone-releasing peptides distinct from GHRH and do not act on the GHRH receptor but rather act on the secretagogue growth hormone receptor, now renamed ghrelin receptor.

The main effects of GHRP 2 are secretion of GH, decrease in fat mass and increase in muscle mass, lowering cholesterol level, strengthening skin and bones, protecting the liver, and anti-inflammatory action. GHRP 2 has many therapeutic properties, which can be attributed to its immune-boosting function. GHRP 2 has been shown to increase prolactin, aldosterone, and cortisol levels and may not be the peptide of choice in some cases.

To increase GH levels, higher doses within the suggested range certainly enhance the effect. As for the healing benefit, for example, tendonitis, the low end is often reasonably sufficient. A significantly more significant impact is not necessarily observed with an increase in dose.