GHRP6 or Pralmorelin is a potent stimulator of growth hormone, increases lean muscle mass, increases fat loss, alongside anti- ageing benefits typical of hGh release. GHRP-6 is a peptide in the growth factor family. It has strong effect on the release of Growth Hormone. Its main use is to promote food intake by stimulating hunger and aid in energy metabolism. 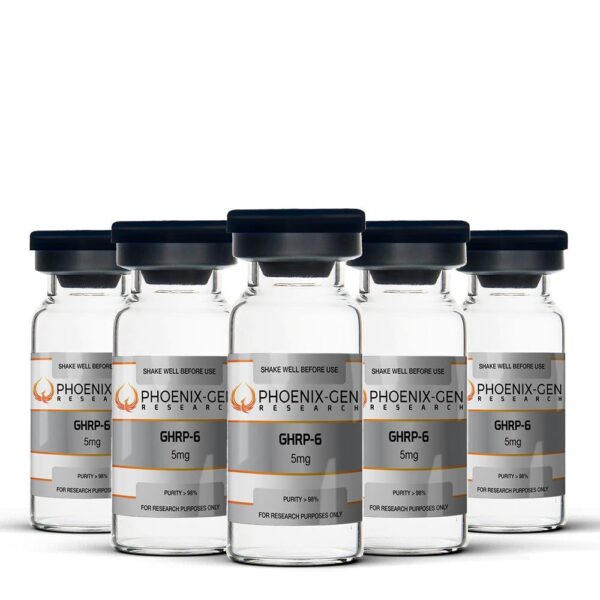 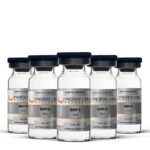 GHRP6 can stimulate hunger and aid energy metabolism. It is extremely helpful in promoting muscle mass gains, fat loss, and various other health benefits. Studies show that when GHRP6 is used in conjunction with a GHRH such as CJC1295 DAC or MOD GRF 129, its effect on growth hormone secretion is ten times stronger than when used alone.

GHRP6 or Pralmorelin is a powerful growth hormone booster, increases lean muscle mass, increases fat loss, as well as the anti-aging benefits typical of HGH release. GHRP6 is a peptide of the family of growth factors. It has a strong effect on the release of growth hormones. Its primary use is to promote food intake by stimulating hunger and helping energy metabolism.

It is helpful for bodybuilders and ordinary people looking to gain muscle mass and lose fat, as well as the elderly for its anti-aging benefits. When GHRP6 is combined with CJC1295, their effects on growth hormone secretion become ten times (1000%) more potent than when used alone.

GHRP6 is sold in ampoules containing 5 mg of lyophilized powder, which should be stored in the refrigerator. (However, it is acceptable for them to be shipped unrefrigerated). The contents can be reconstituted by adding an appropriate amount of sterile or bacteriostatic water.

For example, 5 mg of powder 5 ml of bacteriostatic water is equivalent to 2000 mcg/ml